This is a reprensentation of the Newton Fractal 1-z³. 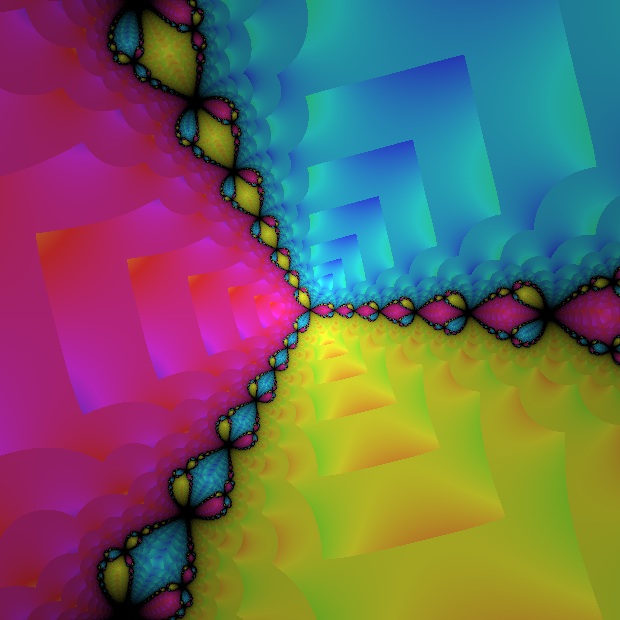 To make two-dimensional fractals, we need two-dimensional numbers.
Each xy-position on the screen is represented by a complex number which has two dimensions a so called "real" part for the x-axis and a so called "imaginary " part for the y-axis.
So each complex number c is the sum of this two parts and the imaginary part is distinguished from the real part by a imaginary unit called "i":

i is defined as:

So we have an interaction between the two parts, which makes it graphically interesting, because both axes can influence each other by doing just a simple multiplication.

So why is this fractal called Newton Fractal?

Isaac Newton found an iterative method for calculation successively better approximations for the zeroes of a mathematical function.

The most simple function with three zeros is:

Each zero of this polynomial function has the absolute value 1.
So the zero are all located on the unit circle.
One zero is at (1, 0), the other two zeroes are symmetrically located at 120° and -120°.

To get an image from the Newton Method, we need to color each pixel differently, depending to which of the three possible zeroes it converges.
Surprisingly the result is not a simple partition of the plane into three parts. The result is a fractal geometry.