In 2012, while I was designing my LED installations at home, I started about placing the LEDs in circles in circular arcs.

At that time I had a flexible five meter long LED strip with individually addressable LEDs. (WS2801)
So I came up with five fold symmetries. Later I replaced the circles by regular Decagons.

The shapes I was using where a subset of the Girih Tiles. I like the infinite possibilities to tile a plane without a gap with those tiles. And I also like that each tile has the same side length.

I used SketchUp for my designs. The construction of different variants ornaments with many tiles is quite tedious there. So I wanted to cut those tiles with a laser cutter from acrylic sheets. 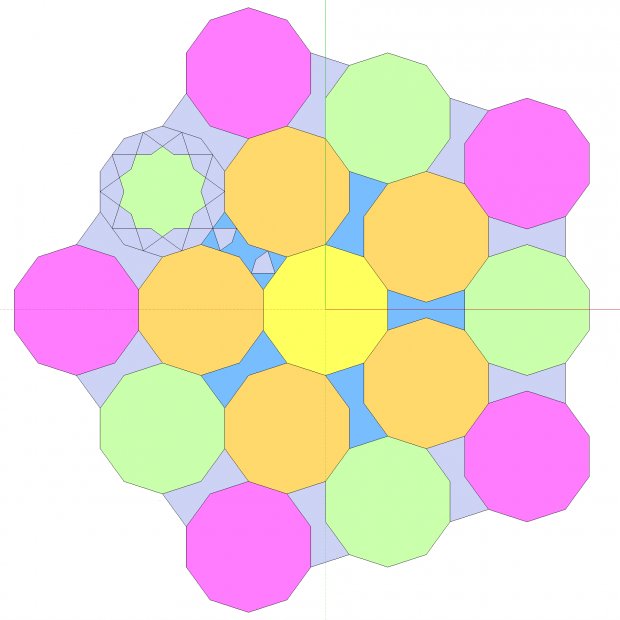